What is a master mystifier? An entertainer? A magician? An illusionist?  How about all three? When it comes to Las Vegas, there is only one true master mystifier, and his name is Dixie Dooley. For over 30 years, Dixie Dooley has been performing high-quality magic in Las Vegas, and he has recently taken his talents to the newly remodeled shopping center, The Boulevard!

An award-winning and record-setting magician, Dixie Dooley has been a Las Vegas staple for years since his initial appearance at the Sahara in 1978. In addition to his numerous performances and magic acts, Dixie has also produced several long-running shows and is even an author. Moreover, Dixie even has his day in Las Vegas! November 13th is officially Dixie Dooley Day, proclaimed by Mayor Goodman and the city due to Dixie’s years of entertainment and charitable works for the community. 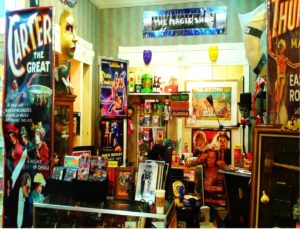 Every Sunday from 2 pm to 4 pm, families, and friends can witness a real spectacle at The Boulevard that guarantees a great show. Dixie Dooley brings a high-energy performance wherever he goes, using a variety of illusions, tricks, and even death defining stunts (like the upside down strait jacket escape, being buried 6 feet underground and blindfold drives). His interactions with the audience are a sure highlight, making them feel like they’re part of the show instead of a regular one-person act.

The Boulevard in Las Vegas has been revamping its image after an extended sabbatical. A plethora of enhancements has been introduced to improve The Boulevard’s accessibility for visitors. Part of The Boulevard’s restoration process is bringing in unique events like Dixie’s magic acts. The goal is to separate The Boulevard from ordinary and simple shopping centers, making it one of a kind, like Dixie Dooley himself.

We are better deals for your money, for a richer shopping experience.