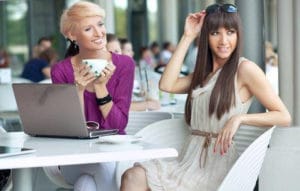 One of the most recognized local attractions in Las Vegas is The Boulevard. Since its beginnings in the 1960s, The Boulevard has been one of the premier shopping centers in the Vegas Valley. The Boulevard is back and better than ever, and it is determined to bring back its original glory. Since being purchased by Sansone Companies in 2013, The Boulevard has dug deep into a complete renovation with new stores, new attractions, and a whole new image. To celebrate The Boulevard and its importance to the community, it’s important to know what makes the mall so interesting and so unique.

Whether you’re a Vegas resident or guest, you must check out The Boulevard. It’s conveniently located by the famous Strip and boasts a multitude of high-quality shops, eateries, and fun times for friends and family. The Boulevard is a hidden gem with the best deals out of any shopping center in Las Vegas. The quality is high, and the discounts are worth the trip.

We are better deals for your money, for a richer shopping experience.